Skip to main content and our Accessibility Statement may be found in the footer of our website.
Back To Home
{{CTAButtonText}}

Find a Doctor Near You

Choose your arrival time at a location near you and wait in the comfort of your own home.

The compassionate, personalized care you already know is now backed by an even larger network of resources, expertise, innovation, and locations across the desert region.

With three hospitals, specialty centers, and one of the largest primary care networks in Desert Area, Desert Care Network sets a new standard of service and dedication to the health and well-being of the people of the desert region.

Learn what makes us a Community Built on Care

Information on Good Faith Estimates for the Cost of Care 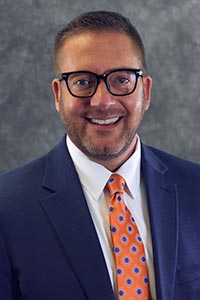 Mr. Morey brings more than 15 years of combined clinical and management experience to this new role. He began his clinical career as a staff nurse in the critical care areas. Mr. Morey also served as Director of Emergency Services at Phoenix Baptist Hospital from 2007-2011. Prior to his work with Phoenix Baptist Hospital, he worked as Director of Telemetry and Emergency Services at Phoenix Memorial Hospital from 2005-2007.

Mr. Morey received his Bachelors in Nursing from D’Youville College in Buffalo, N.Y. and went on to earn his Masters of Business Administration – Health Care Management from the University of Phoenix in Phoenix, Arizona. He is a member of the American Organization of Nurse Executives.