Skip to main content and our Accessibility Statement may be found in the footer of our website.

Hear From Our Patients and Doctors

It’s the people who serve and who we serve that bring the Desert Care Network to life. Get to know a few of our patients and healthcare providers. We’re honored to serve our communities so well. 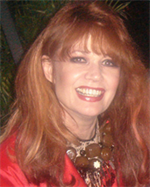 I’m lucky to be alive. I had a subdural hematoma – a traumatic brain injury – resulting from a car accident. I was bleeding out when I arrived at the Trauma Center. I had about three hours to live. They took me in and operated on me so fast. Dr. Ercoli is a genius! Everybody was just wonderful to me. They were so competent and caring. We’re so blessed to have Desert Regional in our community. 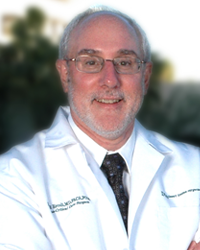 Frank Ercoli, M.D., epitomizes the spirit of community and volunteerism that is shared by so many Desert Regional Medical Center employees. He also happens to be a top-ranked trauma surgeon.

Board-certified in surgery and surgical critical care, Dr. Ercoli has served as medical director of the G. A. Richards Trauma Center since it opened in 1993. During that time, he estimates the center has treated well over 50,000 injured or critically ill patients.
Because we’re the only trauma center in the southeast sector of Southern California, we cover thousands of square miles and receive just over 2,000 patients a year from throughout the area,” he said. “We handle 700 helicopter arrivals every year. 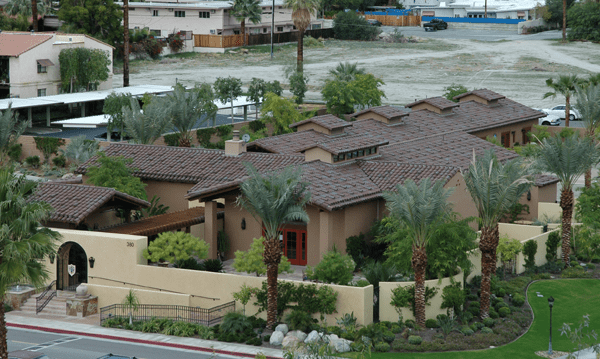 In 1999, Dr. Ercoli had the idea to build a “home away from home” for patients’ families, many of whom have to travel from outlying areas while their loved ones are being cared for at Desert Regional and other local hospitals.

We wanted to take trauma and critical care a step beyond just our patients and help their families too,” Dr. Ercoli explained.
Dr. Ercoli also takes a step – or two – beyond his usual routine as a trauma surgeon to raise money for the Hanson House. An accomplished musician who plays saxophone, flute, drums, guitar and keyboards, he has sat in with the big-name bands – including Tower of Power and offshoots of Boston – who perform at the facility’s annual fundraiser, Festival in the Canyons. “I earned a college degree in music before I went to medical school,” he said. “It’s my way of giving back.” 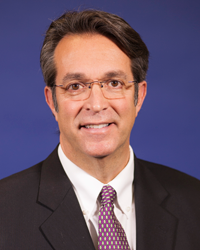 D. Min., Teaching Pastor at Hope Lutheran Church in Palm Desert and Chair of the JFK Memorial Hospital Governing Board

“When I arrived at the ER, I went to the window and said, ‘I could be having a heart attack – I have some symptoms.’ I was at admissions, being checked in, in under a minute. The nurses were so caring and responsive. I could not have been more impressed. The doctors and everybody who was there to help me gave me a real sense of peace at a time when I was feeling a lot of stress and anxiety. And, thankfully, everything turned out great.”

Serving Both JFK and Its Community

Watching his oldest son struggle to breathe when he was little was unbearable. From that moment on, Eddie Briones has passionately dedicated himself to helping those with asthma, and other respiratory conditions, breathe the breath of life. 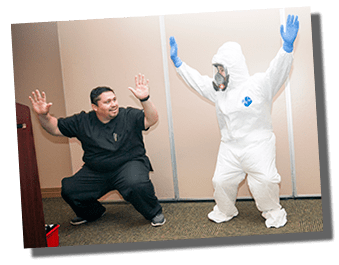 Briones generously gives his time to share his personal experience with asthma – all three of his children have struggled with the condition – during training sessions, hospital tours and career days for local schools, as well as with patients and their families to put them at ease during treatment.

He also participates in the Coachella Valley Economic Partnership Pathways to Success program, where he encourages students to continue their education and follow their dreams. “I tell the kids that just because they don’t have all the things that others have or just because their parents work in the fields and didn’t go to college, doesn’t mean they can’t live their dreams,” he said.

Through the service and dedication shown by employees like Briones, JFK plays a tremendous role in supporting its surrounding communities.

It’s extremely important that the community sees us as leaders,” Briones said. “We’re part of them. We’re here for them.”

Fighting Hunger in Our Communities 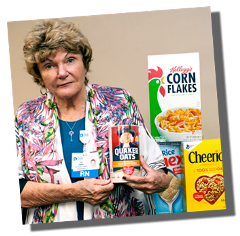 Pat Swaller, RN, knew JFK’s annual campaign to collect servings of cereal to help feed hungry area residents was having an impact when several patients came up to her at the hospital and said they had been beneficiaries of the food drive.

It really brought home to me the importance of the program,” said Swaller, Director of Process Projects. “These were people in our community. The cereal we collected actually went to help our kids and our hungry families.

JFK’s 2018 Healthy Over Hungry® Cereal Drive was part of Tenet Healthcare’s nationwide effort to help those struggling with hunger in our communities, especially in the summer when school is out and many children rely on school lunches. Swaller, whose career with Tenet spans 40 years, took charge of this year’s cereal drive at JFK. To encourage involvement among hospital departments, she got them to compete against one another. Collectively, they amassed about 2,200 boxes.
The last day of our drive, a truck pulled up with 800 boxes of cereal collected by our medical-surgical department alone!” she said. “Next year, we’re going to work as a team by engaging more local businesses to build on this year’s success.

Long-time Nurse Knows Quality Care When She Sees It 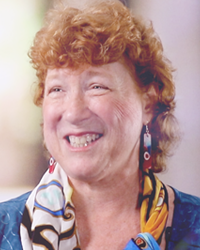 While visiting her son, a Marine stationed in Twentynine Palms, for Mother’s Day, Virginia resident Teresa Van de Castle came down with a severe lung infection and had trouble breathing. A nurse with more than 20 years of experience, Van de Castle knows excellent medical care and great communication skills when she sees them.

“I went to the emergency room at Hi-Desert Medical Center with a fever of 102.6 degrees,” she said. “They got me started on an IV almost immediately, as well as administering tests, a CT scan and X-rays. Everyone was so nice and professional. The ER doctor came over to me, touched my hand and made me feel calm and at ease. He told me they were going to take good care of me. They brought a bed into the room so my son could be with me during my entire stay. That was the best Mother’s Day gift I could have received.”Van de Castle says her recovery went well and she is breathing well again. “Being a stranger to Hi-Desert, I had no expectations,” she said. “I was so sick and needed help. And I couldn’t have asked for better help anywhere. I didn’t know anyone when I first arrived at the ER, but when I left it felt as if I was leaving family. My heartfelt thanks to all.”

Chair of the Hi-Desert Medical Center Governing Board

The changes since Tenet assumed the management of Hi-Desert Medical Center have been extremely positive. They’re very focused on quality of care and patient safety. As a large, national company, Tenet has brought a lot of additional resources to the hospital. We are actively recruiting physicians to our area, and we’re expanding and adding services that our community needs. One thing hasn’t changed: Hi-Desert still feels like a community hospital.